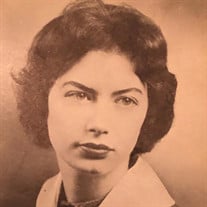 Barbara Geisler was born on April 6, 1939 in Coloma, MI. Her parents were Elwood and Marion (Reichert) Geisler and she was the first of four siblings: Bonnie, Douglas, Pamela, and Geoff. Barbara graduated from Watervliet High School and attended Earlham College for her first two years of college in 1957 to 1959. In 1960 and 1961 she attended the University of Michigan in Ann Arbor and in 1963 and 1964 she finished college at Western Michigan University. From 1964 to 1966 she was the director of Star Girl in Kalamazoo, a temp office service. In January of 1966 she made her first trip to San Francisco with her friend, Judith Custer. After a short time she returned to Kalamazoo to finish her job with Star Girl. She then flew to San Francisco where her employment was focused on the insurance industry. From 1971 to 1980 she worked for the Insurance Educational Association where she functioned as Program Director, developing classes, workshops, and special programs in insurance and management with emphasis on human resources. During these years she enjoyed trips to interesting places as vacations. In 1980 Barbara left the insurance industry and enrolled as an M.A. candidate at San Francisco State University in Adult Education. During this time she also worked at the Mission Community College Center in the area of adult education. In May of 1986 she received her M.A. degree. Her dissertation topic was “Sources of Support for Midlife Career Change.” During this time Barbara also became very active, with some good friends, in the peace movement. Along with members of an affinity group, “Open Arms,” she protested against the nuclear weapons industry by blocking the entrance to Lawrence Livermore Labs. The police had been notified and she and a number of others were arrested and imprisoned for a couple of weeks. After Barbara’s father had a stroke in 1985 she went back to Michigan for a brief period and returned the next year just before her father died in 1986. Barbara continued her peace activities with groups like Peace Task Force and with them she participated in the Michigan Peace Walk. Since Conrad Kaufman had been on that walk he suggested the group could spend the night camping at the School of Homesteading in Bangor. Here she was introduced to the Green Politics movement and began attending Green meetings with Maynard and Sally Kaufman. Barbara began seeing Maynard after Sally died in March of 1990 and they were married in June of 1991. In addition to being active in local Green projects, Maynard and Barbara traveled to West Virginia and Minneapolis for national Green Gatherings. Starting in 1997 Barbara worked as a substitute teacher. She continued teaching for several years and working with apprentices at the School of Homesteading. In the early 2000’s Barbara assumed responsibility for the care of her mother and her sister, Pam. She arranged for Pam, born with Down Syndrome, to live in a nursing home in South Haven where she died in 2005. In 2007 she arranged for her mother to stay in another nursing home in South Haven where she died in 2008. During these years Barbara enjoyed trips with her husband and others. As Maynard and Barbara considered retirement from farming she proposed building a house on another part of the land and she participated in planning that energy-efficient solar house, her last home. Following her wishes cremation has taken place and a memorial service is being planned for a later date.

Barbara Geisler was born on April 6, 1939 in Coloma, MI. Her parents were Elwood and Marion (Reichert) Geisler and she was the first of four siblings: Bonnie, Douglas, Pamela, and Geoff. Barbara graduated from Watervliet High School and attended... View Obituary & Service Information

The family of Barbara Geisler created this Life Tributes page to make it easy to share your memories.

Send flowers to the Geisler family.