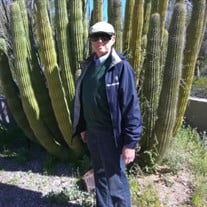 Charles Douglas McNary passed away on January 18, 2022. He was born in Dearborn, Michigan on May 24, 1932 to Howard and Clara (Jurn) McNary. Raised in Brown City, Michigan he attended Burnside Country School and graduated from Brown City High School in 1950. From being a dairy farmer and factory worker, he went on to graduate from Central Michigan University and Garret Theological School. His first student pastorate was at Melvin and Roseburg Methodist Churches. He then pastored Kent City and Casnovia, orchestrating the merger of those congregations into Chapel Hill United Methodist, and then Bangor Simpson UMC. He and Joan Shoemaker of Brown City were married August 20, 1960. They adopted two children, Kelly Marie and Michael Howard. After the death of Joan in 1974, he remained in the Bangor community, serving Breedsville UMC part time and becoming an educator, where he helped found the Bangor Alternative High School. He and Sandra Babcock Hoffman McNary were married on January 1, 1996. After retirement, they became Volunteers in Mission through the United Methodist Church and spent seven winters volunteering in Tucson, Arizona. They moved to Tucson in 2015. They were living in Albuquerque, New Mexico at the time of his death. He was preceded in death by his parents; wife, Joan Shoemaker McNary; grandson, Zechariah McNary; brother, William McNary. He is survived by his wife, Sandra; daughter, Kelly Bakr (Munier) of Kalamazoo; son, Michael (Sheri) of Sierra Vista, Arizona; grandchildren, Tamara Bakr, Alexandrie Bakr of Kalamazoo, Victoria Williams (Devin) of Colorado Springs, Andrew (Gabriella) McNary of San Antonio. Also surviving are Erik (Emi) Hoffman of Osaka, Japan and Heather Hoffman (Ben Schlicht) of Albuquerque. Memorials may be made to Bangor Simpson United Methodist Building Fund.

Charles Douglas McNary passed away on January 18, 2022. He was born in Dearborn, Michigan on May 24, 1932 to Howard and Clara (Jurn) McNary. Raised in Brown City, Michigan he attended Burnside Country School and graduated from Brown City High... View Obituary & Service Information

The family of Charles D. McNary created this Life Tributes page to make it easy to share your memories.

Send flowers to the McNary family.