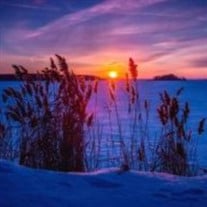 Frederick (Fred) Allen Stap March 1, 1934 – February 28, 2022 Fred Stap, 87, of Sturgis, MI died peacefully on February 28, 2022. Fred was born in Grand Rapids, MI to Allen John and Mina Stap. He married Mulraine (Molly), who preceded him in death, on September 10, 1953. Fred and Molly met as students at Moody Bible Institute while working on mission projects in Chicago. Their faith in Jesus Christ was a central part of their life together. Fred enjoyed a long retirement with his family in Gobles, Bangor, Kalamazoo, and Sturgis following a distinguished career in education. He taught in the Kalamazoo Public Schools, was an administrator for the Van Buren Intermediate School District, then worked as Elementary Principal, Assistant Superintendent, and Superintendent at Bangor Public Schools. Fred was also a minister and was the pastor of the Bangor Bible Church in the 1970s. He officiated over many marriages and funerals throughout the years. Fred is survived by his son Allen John (Lovedia) Stap and daughter Sally Stap and his grandchildren Kayla (Mark) Rudy, Allen John (Ashley) Stap Jr., Kendra (Adam) Goforth, Frederick Stap, and five great-grandchildren. He is also survived by two sisters, Edith Bauman and Eleanor Devlin. He was preceded in death by his parents as well as his sister Verna Austin. There will be no visitation or service. In lieu of flowers, donations can be made to Rural Bible Mission (RBM). Fred and Molly were passionate supporters of RBM for many years. Arrangements entrusted to the Bangor Chapel, D.L. Miller Funeral Home.

The family of Frederick Allen Stap created this Life Tributes page to make it easy to share your memories.

Send flowers to the Stap family.