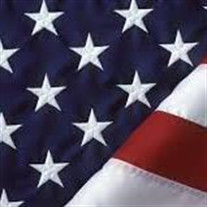 Shirley A. Waldo, age 82, of Gobles, passed away Saturday, December 7, 2019 at Rose Arbor. Shirley was born April 2, 1937 in North Carolina, the daughter of the late William and Mary Jane Large and had lived in the Pullman area until moving... View Obituary & Service Information

The family of Shirley A. Waldo created this Life Tributes page to make it easy to share your memories.

Shirley A. Waldo, age 82, of Gobles, passed away Saturday, December...

Send flowers to the Waldo family.